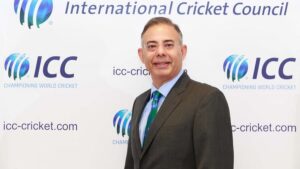 The International Cricket Council (ICC) has stopped the administrations of Manu Sawhney as the Chief Executive Officer (CEO) with quick impact. The choice was taken by the ICC Board during its gathering. Geoff Allardice will proceed as Acting CEO upheld by the Leadership Team working intimately with the ICC Board.

Sawhney was suspended in March following different charges in an inside audit directed by an outside organization. While Sawhney had alluded to the audit as a witch-chase, the ICC Board on Thursday chose to disavow the games the executives veteran.